Delta, CO – January 22, 2013 – MOUNTAIN OFF‐ROAD ENTERPRISES (M.O.R.E.) is proud to announce the official sponsorship of Jason Kaminsky of the Four Corners 4×4 team for the 2013 season, a continuation of the 2012 collaboration between the two.

Working in conjunction with M.O.R.E., the team plans to enter a 2006 Jeep Wrangler Unlimited into competition in the Ultra4 4600 Stock Class, the Dirt Riot 4600 Stock Class, and will also compete in the 2013 King of the Hammers event. Hailing from Durango, Colorado, Four Corners 4×4 owner Kaminsky will head the team as the primary driver while Doug Bigelow of Sharpsburg, Maryland and Richard Jenkins of Farmington, New Mexico will co‐drive at the King of the Hammers and Dirt Riot events, respectively.

When Kaminsky, a recreational off‐road wheeler for nearly fifteen years, heard that the stock class was starting back up for the 2012 King of Hammers, he decided it was time for something different. With the support of family and friends, Kaminsky followed his dream and started parting‐out his YJ Wrangler with fourteen years of rock‐rash and memories to build a new rig. The result is a 2006 LJ Jeep Wrangler rockracer that quickly caught the attention of the off‐road community. Team Four Corners 4×4’s first season of competition earned the team numerous accolades, multiple podium finishes, and most notably, the respectful eyes of sponsors and fellow competitors.

Both M.O.R.E. and Team Four Corners 4×4 believe that involvement in the local community brings exposure to the sport, ensures the growth and success of this unique form of motorsports, and fosters awareness which is crucial to keeping public lands open for the safe and enjoyable operation of off‐road vehicles; this partnership between the two entities will help to promote these ideals and others. With a wildly successful 2012 season already under his belt, the future looks bright for M.O.R.E., Jason Kaminsky and the Four Corners 4×4 team!

The first company to offer an aftermarket dual battery tray solution for this application, M.O.R.E. is able to offer their tray (SKU JKDBT12) for an incredibly reasonable price of just $135.00 USD.

Users can enjoy the added benefits of having extra power to run a winch, lighting, demanding electrical accessories or more or can simply lessen the worry of encountering a dead battery out on the trails by utilizing an additional battery.

Powder coated black to protect against rust and corrosion while also offering a sleek appearance that blends in with the factory engine bay, M.O.R.E.’s 2012+ Jeep Wrangler JK dual battery tray accommodates two OEM or two Optima series 34 and 34/78 batteries in a side‐by-side configuration in the stock location.

Sold as a complete kit and designed to utilize existing holes, most hardware and requiring no drilling or major modifications, the quick and easy installation is typically complete in less than two hours. As an added benefit, the M.O.R.E. dual battery tray also allows for the user to retain the OEM air filter box location. 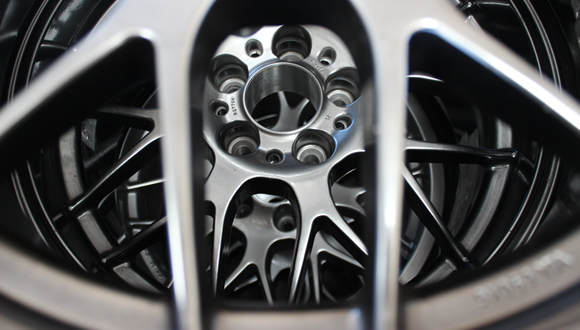 P.TEN Marketing is a new motorsports-focused marketing company that specializes in providing the highest-quality services to all things automotive.

Founded in 2012 by longtime motorsports industry expert Ainsley Jacobs, P.TEN Marketing is geared towards helping race teams, manufacturers, and more to streamline their marketing initiatives and get the most bang for their buck. They race, we work – everyone wins!

Whether your company focuses on aftermarket or OEM, racing or development, you can trust P.TEN to understand your unique market needs while helping to position your company for growth. The team has extensive experience in both the automotive and advertising industries as well as with all forms of motorsports including drag racing, drifting, road-racing, off-roading, autocross, gymkhana, karting, rally, street and more!